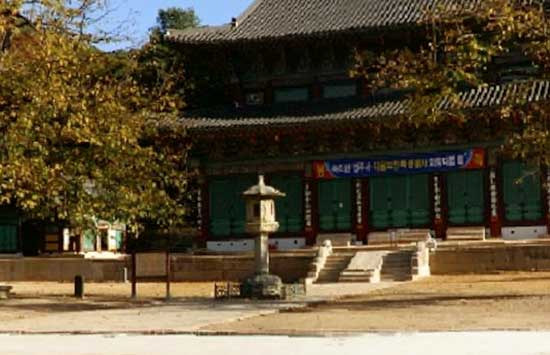 The Beopjusa Sacheonwang Seokdeung is octagonal stone lamp, and is viewed as a typical Silla stone lamp. Considering the carving technique of it, it is assumed to have been made when Jinpyo Yulsa rebuilt Beopjusa in the king Haegong era (ruled for 765~780). The stone hole containing fire is octagonal, with four sides open for air, and other four sides decorated with sachenwang. On top of the cover stone, two-layered support for precious stone remains, but the precious stone itself is missing.