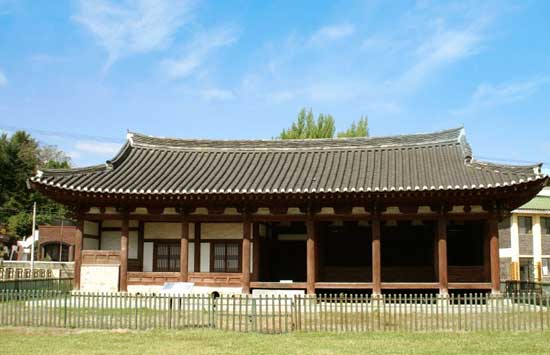 Dongheon was also called aheon.
It was the building where the head of local government performed his official works. it was the center building of government buildings. It is not clear when this building was first built. But, it was repaired in 1860 (11th year of king Cheoljong), and occupied and used by the Japanese military police in 1907 when the voluntary army of Joseon made a riot against the Japan's takeover of Joseon.

Afterwards, the structure of it was changed when it was used as the police station. In 1983, the original structure was recovered. It consists of 7 rooms at the front, 3 rooms on the side, and double eaves, paljak roof.

Paljak roof : the roof on which angle rafters are attached on all the four corners.